Venipak to invest EUR 10 million in a new terminal

The express package delivery company Venipak will build a new 10,000 sqm package terminal in Vilnius. The company manager, Justas Šablinskas, said that the construction of the new terminal would cost nearly EUR 10 million. The new terminal will be built in the vicinity of IKEA, the Swedish furniture manufacturer’s shop, on a site of 2.6 ha. The opening of the terminal is scheduled for the end of 2020.

“The new terminal will provide package delivery services to a part of the Baltics market, Poland and Germany. This terminal will allow us to be far more flexible and efficient and to provide higher quality services. The Venipak administration will also move to the new terminal,” Šablinskas said.

Šablinskas informed that the new terminal was required for the expansion to Eastern Europe and the Baltics: “This year we have opened our units and started operations in Poland, Germany, the United States of America, and Hong Kong; new terminals have been opened in Estonia and Latvia; and we have upgraded and expanded four terminals in Lithuania and one terminal in both Latvia and Estonia. We are moving ahead with a large-scale expansion, therefore the new terminal in Vilnius is necessary and, I hope, will help us further increase the quantities of delivered packages.”

“In 2018, we adopted our global development strategy. We aspire to be the leading package delivery company in the Baltics not only in terms of the quantity of packages, but also in terms of the quality of services. For this purpose major investment is required and this terminal is one such step,” Šablinskas said.

According to Šablinskas, the new terminal will initially employ about 200 people, but later Venipak will employ a further 100 people in Lithuania.

“This will be one of the largest terminals of this type in Lithuania and in the future 300 people will be able to work at the terminal at one single time, while the modern conveyor will be able to sort up to 10,000 packages in an hour.” 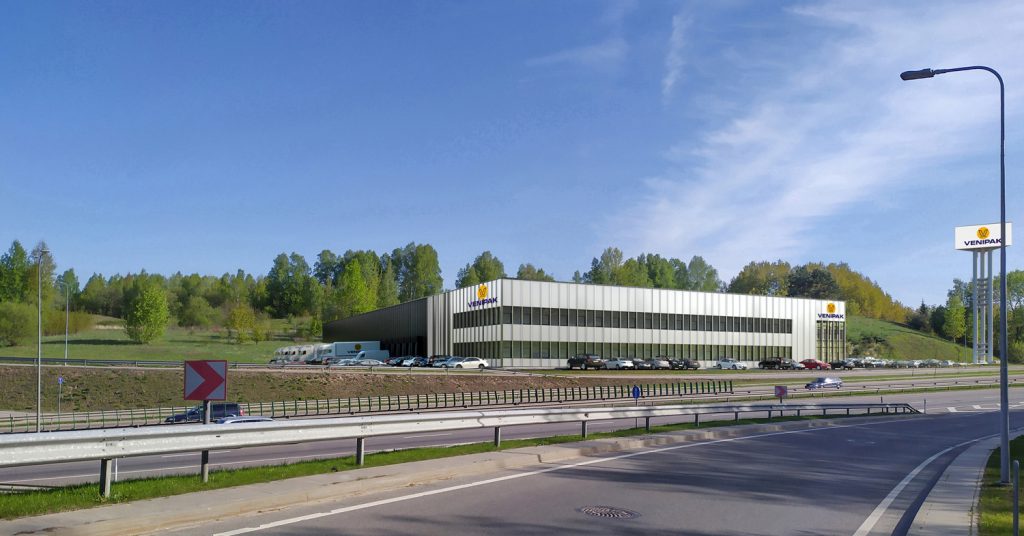 Millions worth of investments in technologies

According to the manager of Venipak, the new terminal will be exceptional in terms of technological innovation.

“The new terminal will be completely different, because of the latest equipment and technologies. We do upgrade our equipment at the existing terminals, but the new terminal will contain the latest warehousing and package distribution systems. Furthermore, this terminal will offer our 3PL service aimed at e-shop owners wishing to manage their goods and delivery to buyers more effectively. In other words, this will be the only terminal of this kind in the entire Baltic region,” Šablinskas noted.

Šablinskas also told that since the start of its operations Venipak had invested heavily in technologies and processes optimization.

“The courier company is not only vehicles and a warehouse, but a precisely functioning system. Over 15 years of operation we have introduced many innovative services, we were the first to use package terminals and successfully export them to South American and other countries. The new terminal will allow us to introduce more innovations, which, above all, will ensure better service quality and a wider range of services – “same day delivery” in the Baltic region, the said 3PL service and many others,” Šablinskas added.